Hogs For The Cause - Southern Asado Gala Dinner

A couple months ago, at the Hogs For the Cause press conference, I was eating some amazing pork products and talking to Rene Loupre (co-founder of Hogs) about the gala dinner that some of the finest chefs in the region (known as the Fatback Collective) would be putting together an Argentinean-style asado dinner of MANY meats and fishes. It would be EPIC, I was assured. Emphatically.

However, it was $300 per person, which... was too rich for my blood, even for charity. And I didn't want to go alone, so it would be $600 to attend. No matter how epic, I would be sitting this one out. (I'm not sure why I am not being paid to attend these things due to my general awesomeness on a daily basis.)

Happily, toward the end of February, I was alerted by Rene that the ticket prices for folks under 40 (YES! Just squeaked by!) were half price for a limited time. That appeared to be just rich enough for my blood, and I got 2 tickets. A bit of a splurge, but it was for a good cause and I had good reason to believe it would be worth it.

Come Friday night, I was ready to eat some delicious meat!

Once we got to our table, we were greeted by delicious hors d'oerves like pimento cheese, charcuterie, chicken livers

Ended up sitting with the vinter and distributors of the wines (Neat Wines) which was fun. The first course was fish - it was on the bone and freaking delicious. There was tarragon and general awesomeness. After that the chicken arrived.

Then came the meat!


Everything was incredibly delicious, tender, and flavorful. It was so good that I wished I could add another stomach or take home a doggy bag or something. As it was, I filled up way too fast. But then dessert came: fruit handpies and... Jello shots? 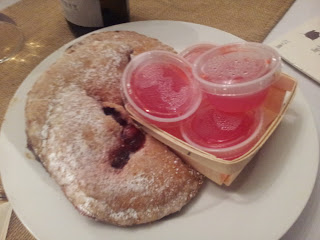 I took a little walk and laid eyes on the most beautiful sight: 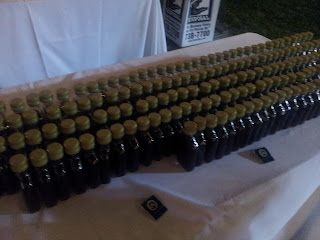 Flasks of to-go cocktails! Provided by Cure (who also created the pre-dinner "Hogtails") called "One For My Piggy & One For the Road" with bourbon, rye, and deliciousness. Salut! 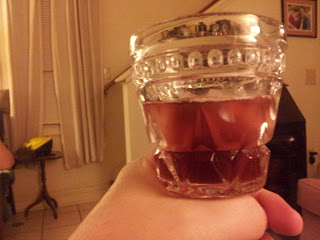 In conclusion, it was as epic as promised. And I had to go to sleep and get up and go judge several categories of pork the next day. To be continued...
Posted by Nora at 10:30 AM