So, I didn't get out at all on Friday, suffering from the cumulative hangover from Wednesday and Thursday nights' parades. However, we did get out to see the Saturday daytime parades Uptown as well as a fair amount of Endymion (and, in between, ate lots and lots of king cake.)  Will be posting Lundi and Mardi Gras pics soon. 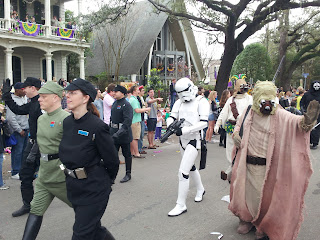 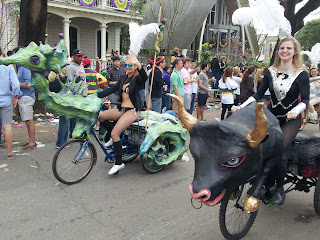 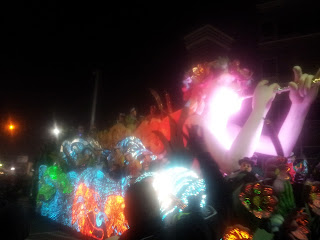 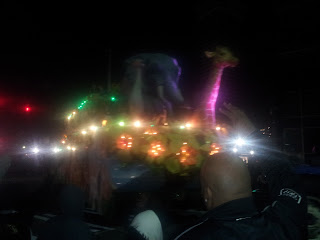 We left during Thoth, since I was feeling unwell, and the behavior of the dudes riding those floats was boorish to the extreme. My unwellness extended to missing Bacchus later that evening, which I am really sorry about. I still haven't seen a Bacchus parade! This was my first year for Iris and Tucks, and I really enjoyed both those parades on Saturday.

The reason I was downtown to watch Endymion as it was ending was because a friend had invited me to a king cake tasting at the Little Gem Saloon hosted by NOLA Eats and Propaganda New Orleans. That was a great time, although it was difficult to get there because of the parades. The judges chose my two favorites, La Dolce NOLA for their amaaaazing Nutella filled king cake (non-traditional), and Gerald's Donuts & Burgers for traditional. Definitely scratched that king cake itch, but I'm still sad that there can be no more until next year, on January 6, 2014.
Posted by Nora at 5:08 PM