Excited about McClure's opening up on Magazine Street (4800 block, across from Le Bon Temps) by the new year!

La Petite Grocery is open for Sunday and Monday dinners...

Pizza Delicious is open at its permanent location for a couple weeks now! 617 Piety, with a new website and everything. Still doing special pizzas on a rotating menu, so check out the site to know what your delicious options will be.

Are you all getting sandwiches for lunch at Ancora every weekend? 'Cause you really, really should. Don't be disappointed that they don't serve pizza! I know, it's really good, but so are their sandwiches.

NOLA Smokehouse will be popping up at The Bricks Courtyard Bar & Grill, 735 St. Joseph St. in the CBD on November 28, 5:30-10pm (there is talk of stuffed chicken wings and smoked shrimp chowder) and at Toups Meatery (one of my favorite meateries!) on December 6, 11am-6pm.

Missed the Oak Street PoBoy Festival, but still loving on Killer PoBoys at the Erin Rose.

Holy shit, I had an amazing dinner at Coquette the other night- some sort of butternut squash filled pasta tossed with, like, fried chicken to start and a stunning veal chop. Dessert was a beautiful (and tasty) deconstructed apple fritter thing, and they are currently aging spirits for cocktails and sipping, which are DELICIOUS. (the martini made with the aged Genever is to die for.) Go get you some! Just another Tuesday night in New Orleans.

Went to Chicago, ate delicious donuts, at Frontera Grill (Rick Bayless's flagship), Girl & The Goat, and all sorts of other delicousness. Man, they know how to do donuts out there. We went to Do-Rite Donuts and Glazed & Infused. I may discuss Girl & the Goat and/or Frontera in another blog post, we shall see. 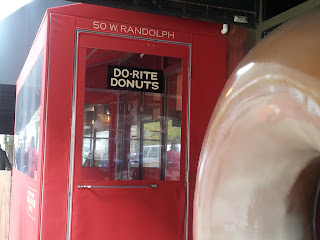 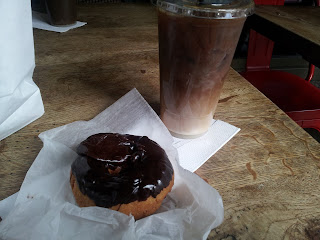 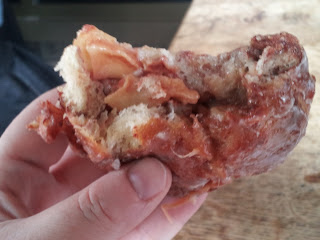 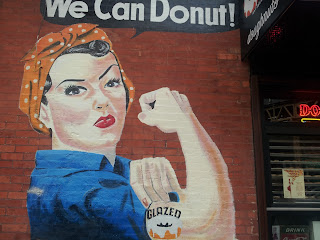 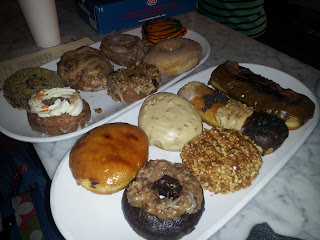 Have a wonderful Thanksgiving! We are headed to Austin (by car) and are looking forward to it quite a lot.
Posted by Nora at 11:09 PM 0 comments

My dream store has opened... and it's a butcher shop.

I first met the folks behind Cleaver & Co., Simone Reggie and and Seth Hamstead, during the Eat Local event at the Zeitgeist Center back in June. They had all sorts of pork cuts and we talked a while about what they were planning to do- find and build relationship with local, small meat farmers, get whole cows and pigs, and break them down inhouse and sell everything, nose to tail. I can't remember if they already had their location on Baronne Street finalized (right around the corner from Brewstock) at that time, but I was already in love with this idea and hoped like hell it wouldn't be derailed from lack of capital or bureaucracy or whatever roadblocks exist to stomp the dreams of budding entrepreneurs these days.

Five months later, their shop opened, and we were there! There were long strips of butcher's paper hung on the wall with masking tape, listing the cuts available, with a strikethrough when sold out. Simone recognized us from our conversation at the Zeitgeist and Seth was friendly and incredibly helpful, traits that have continued every single time we see him.

We bought some chicken thighs and a pork shoulder, to be roasted and braised in the slow cooker, respectively. They weren't cheap, but it's good to have the opportunity to pay the true cost of the meat, not factory farmed meat subsidized by the government and wreaking havoc on the environment. It means we cook and eat less meat at home, but I think it's worth it.

They started making sausage, boudin, meatballs, meat pies, and bacon. Plus a bunch of other stuff. We went back a second time and got some hangar steak, duck legs, and garlic sausage. We used the duck legs and sausage to make cassoulet. We also put a deposit down on a heritage turkey for a Thanksgiving, which we just picked up the other day (along with more chicken thighs, more garlic sausage, meatballs, meat pies, and a gorgeous NY strip steak.) We asked if they could butterfly the turkey, and they said, "well, let's find out!" It took some doing with poultry shears and a cleaver, but the butcher got it done with good humor and professionalism (I don't know if you've ever tried to butterfly a turkey in a home kitchen, but I can assure you it is Not Fun.)


What I like about Cleaver & Co is not just the high quality of their locally raised meats and friendly service. It's also the fact that you can go in there and just talk about meat and food and all the stuff that makes the world an awesome place. It's not quick; everything's cut to order. But you stop your rushing around and watch the butchers ply their highly skilled trade and think about the various cuts of the various animals, and talk to Seth and Simone about their hopes and dreams, what they want to do with their shop, in their community. Somehow it all adds up to amazing meat that I'm proud to eat. Hey, that rhymes!
Posted by Nora at 10:17 PM 0 comments

Since I've got a couple of quick bullet points (with some photos), I figured I'd consolidate for easy reading.

Thing #1: We Spent a Saturday In The Bywater and I Didn't Even Get A Lousy T-Shirt.
Although, I did get a new purse. a mirliton potholder, some kickin' New Orleans blank cards, cookies, rum punch, an empanada, a chocolate curry popsicle, and chicken paprikash. Hail Mirliton Festival and Siberia's early opening to enjoy Matt's paprikash before metal shenanigans occur and frighten out middle aged mentalities! 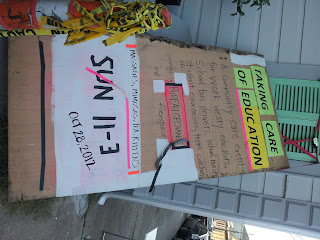 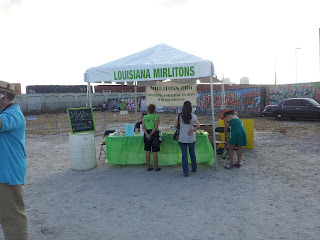 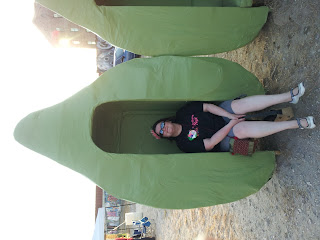 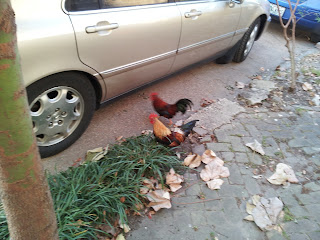 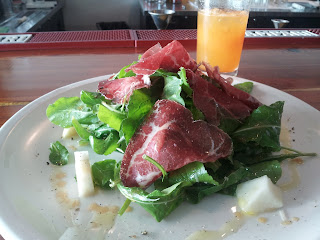 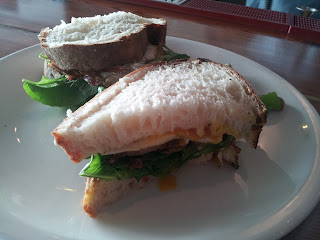 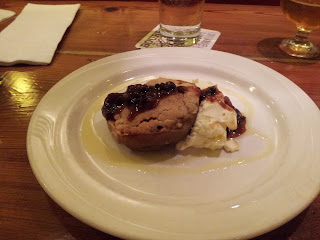 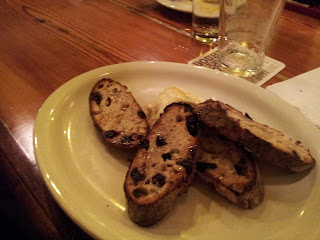 Thing #3: It is amazing when people you know are heralded by city leaders for making a difference. 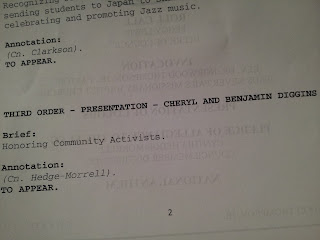 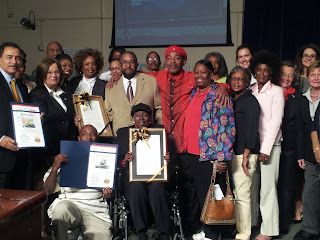 Thing #4: I am on the waiting list to join Nyx and I enjoyed a lovely brunch last week with my fellow Sisters In Waiting, then made some new friends and hung out in the Marigny. Hooray!

Thing #5: This picture and philosophy (from the menu at the High Hat) 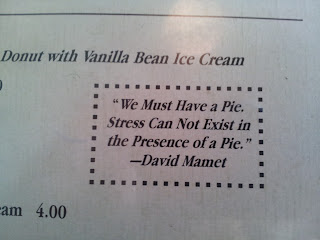 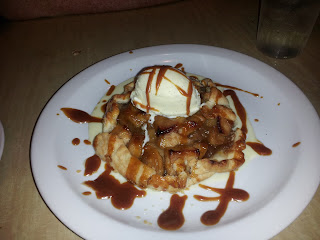 Thing #6: There are so many cats that need forever homes! Please help.  Contact the LASPCA, SpayMart, The Cat Practice, or any other shelter and find a cat who needs you. 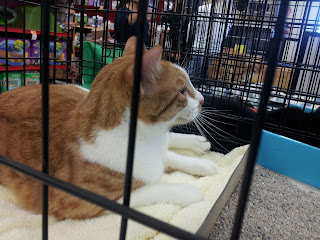 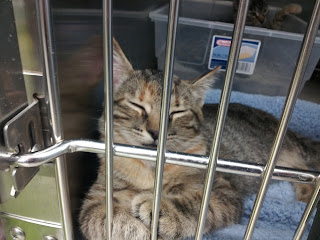 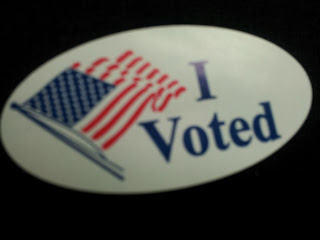 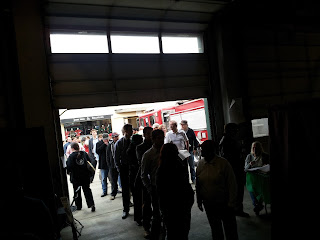 Until tomorrow (or some other unspecified amount of time...)
Posted by Nora at 10:45 PM 0 comments