Had a couple culinary adventures over the weekend.

Went to check out a place that had just opened that week in Mid City for lunch- Toups Meatery. It's up on North Carrollton, so pretty near my office. I liked the look of the menu and wanted to check it out! I started with the deviled eggs, which looked nice, but the filling had WAY too much horseradish for my tastes.  Like, it was inedible to me. I suffered through 2 eggs and then I had to leave the rest. Sadface! 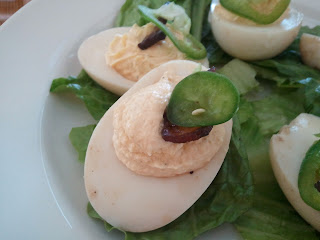 Then I had their confit chicken thighs with white beans, mustard greens, and gizzard gravy. That was excellent. 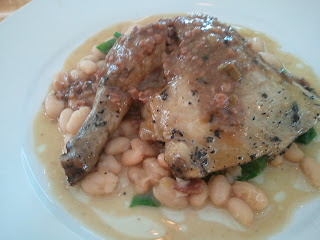 I noticed they had some Debbie Does Doberge on the menu as well, so I had to get a slice of their hazelnut/salted caramel cake, which comes with a piece of candied bacon, spiced up with some cayenne. 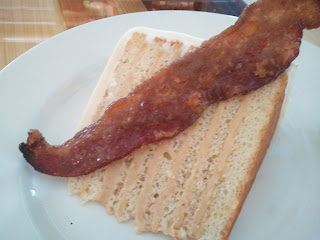 Friday night was beautiful weather, so we decided to walk up to Magazine Street and check out a new(ish) restaurant called Ignatius that had been located further Uptown (still on Magazine) but moved into the former Rue de la Course space and opened there just a day or two previous to our visit. Ignatius seems to be New Orleans comfort food. I had the jambalaya and Tom had the red beans. 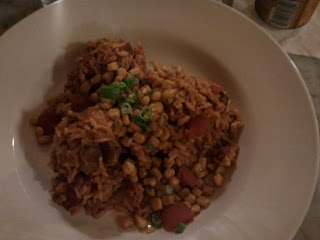 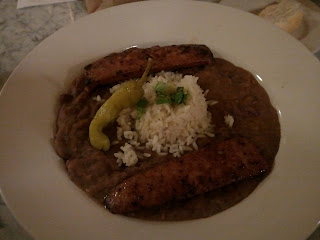 They also had etoufee and crawfish pasta and po'boys and stuff like that. Funny, they had a few local beers listed, including an "LA 35" (which is actually supposed to be Bayou Teche's LA 31) which I ordered. Got a NOLA Blonde instead, which... OK! The food was fine, satisfying, cheap, and we had a nice time. Stopped at La Divinia for a sorbetto afterward, and walked home. A quiet but lovely evening.

Sunday we went to the Avenue Pub for some NOLA Smokehouse BBQ! Got there by noon, which was good, because those dudes ran out of food by like 4pm. (it was supposed to go from 11am-11pm) We had: brisket, spareribs, potato salad, and BBQ beans.  For real, there was so much pork in these beans I actually needed a knife to eat them.  I liked the potato salad, too- creamy and with eggs in it.  The star of the show- the meat - was EXCELLENT. Brisket and ribs were smoky and tender. There were 3 choices for sauce, we liked the VTQ (named for Vermont- a sweet/spicy sauce with apple) the best. 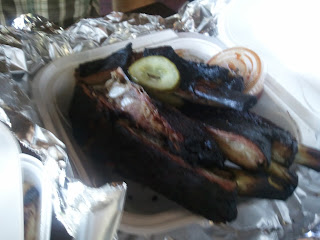 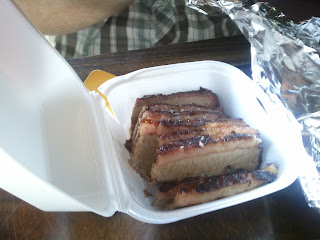 We actually didn't even eat dinner that night. Mmmm, delicious meat.
Posted by Nora at 9:46 PM