National Night Out Against Crime

Or, as Tom likes to call it, "Kick Crime in the Nuts" Night.

I believe in other parts of the country National Night Out Against Crime Night is in August.  I know it was here in 2010, which made for a pretty sweltering and miserable Crime Nuts Kicking Night.  So this year, someone here or in Texas or somewhere like that had the idea for the Southern states to shift the night to October.  And, why yes, it was much more pleasant!

I'd volunteered Tom and myself to help out- I've been feeling super guilty about neglecting my neighborhood association duties, and running myself ragged trying to support other causes.  And especially since one of the usual backbones of ICNA events would be out of town (our beloved neighborhood association president), it was up to the rest of us to take up the slack and make it a great night.

Ed picked up the fruit, water, chips, and hotdogs/buns; Tom and I collected gelato and sorbet from our wonderfully generous local Italian gelateria, La Divinia.  The flavors were: Sweet Potato Pie, Creme Brulee (the favorite by a mile), and Honey-Ginger sorbet. We served all the kids who descended upon the unexpected free food, chatted with our neighbors, met various police officers and political types, and watched the kids eat and run and play and yell.  Only problem is in October, it gets dark much earlier than in August!  We were out there settling up at around 5:30 and got home around 8, so it wasn't too bad.  Ate a few hotdogs and a LOT of gelato.  Came home and chilled.

I really do love my neighborhood.  A lot. 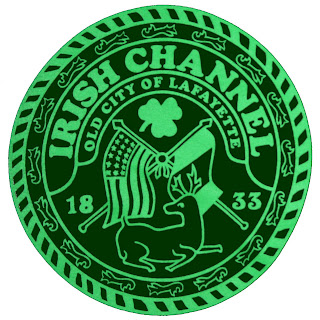 Happy Night Out Against Crime y'all!
Posted by Nora at 10:12 PM