"Please clear the neutral zone for the inmate cleaning crew"

The title of this post is courtesy of the NOPD getting everyone out of the way after the last parade of the day on Sunday.

Saturday was another beautiful day- sunny, warm, and perfect. We went over to Meghan's across the street to partake in what I understand is part of the Mardi Gras season awesomeness, the crawfish boil! It was a great time- met some very fun and nice neighbors and ate delicious food. Permit me to illustrate: 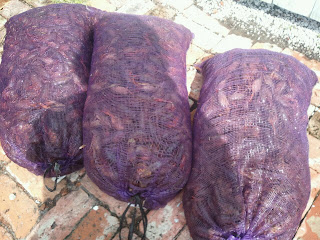 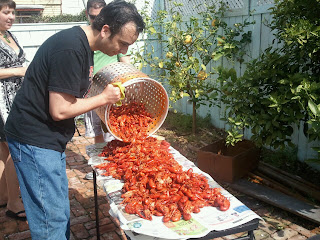 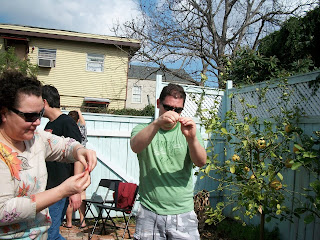 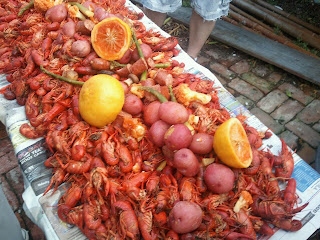 After a few hours, we tore ourselves away to check out the daytime parades and the NOLA Brewing Flambeau release at the Avenue Pub. We timed it fairly awkwardly- we caught the very end of the Pontchartrain parade (I caught a cup) and we were too late to sit/stand on the balcony. We also missed the Flambeau on cask, which was kind of a bummer. Probably should have stayed at the crawfish boil.

We decided to go drinking elsewhere- the Rendon Inn! It took us a little while to get over to that side of town - and we encountered floats going from Mardi Gras World to the parade start point: 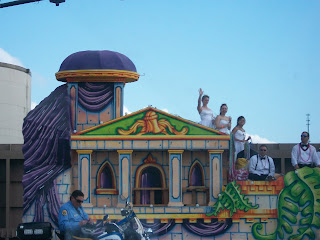 But once we got over there, we settled in and drank many beers and ate some delicious food and listened to excellent tunes. Berit and I even played a game of pool, kind of! Before we actually just melted into the bar stools for the rest of the night, we headed off to Twelve Mile Limit for some cocktails: 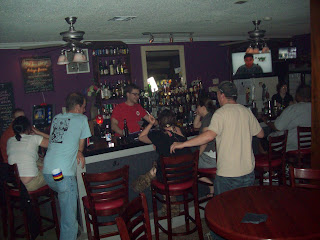 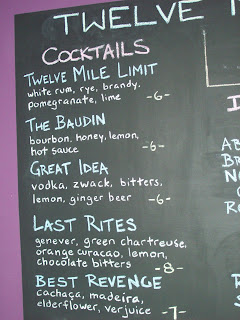 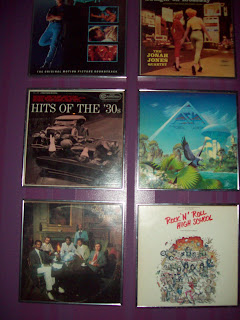 Dear Reader: I got quite drunk. We missed the Saturday night parades.

Sunday was fancy jazz brunch day at Commander's Palace. We walked over there and then ate too much. Afterward, we walked over to where Kara & Co. were set up and watched the King Arthur parade. 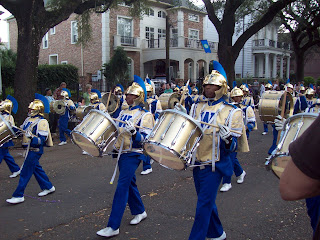 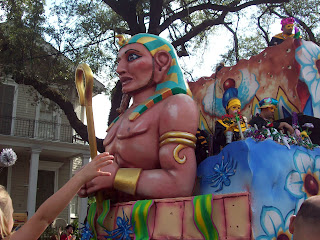 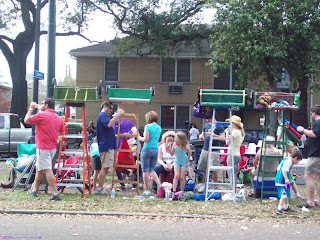 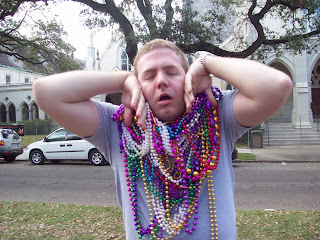 Afterward, a walk home, naps, and the Oscars. 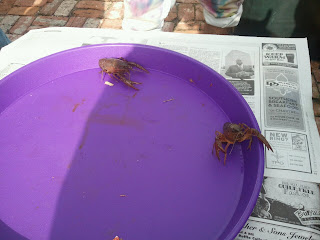 In conclusion: first weekend of parades was fun and exhausting. Everyone here says that we haven't seen ANYTHING yet. So we have a big weekend ahead of us still!
Posted by Nora at 5:55 PM