So, hot on the heels of Mardi Gras came the Annual Irish Channel St. Patrick's Day parade. I know I spotted a few reused floats with new names, and there was some exciting new throws such as cabbages, Ramen noodles, underpants, and Moon Pies, and there was a lot of green and related costumes and revelry. Some folks just reused their Mardi Gras parade catches, but hey, that happens all the time. Recycling=good!

We'd planned on joining the NOLA Brewing crew in the parking lot of Sake Cafe to sit and sip beers in the beer garden that was supposed to be set up there. However, the owner decided he'd rather charge $20 per car to park in the lot. We did camp out next to Sake Cafe though, and bought NOLA Brewing beers (I settled on a variety of Brewer's Crack with Blonde Ale instead of Hopitoulous combined with Irish Channel Stout.) And the folks at Sake were cool with letting me use their bathroom, so I guess I can't hold too much of a grudge. 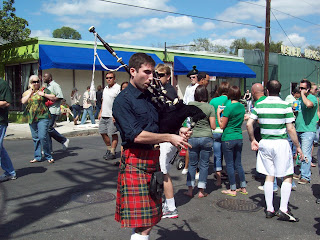 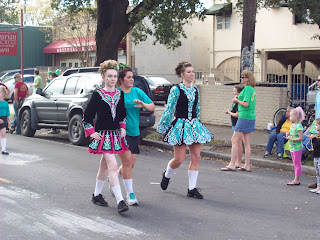 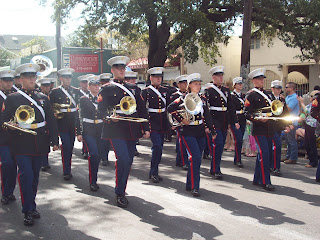 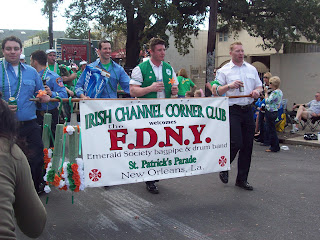 So the flowers that the dudes are carrying are to be given out to ladies who give them a kiss (on the cheek, as far as I could tell) 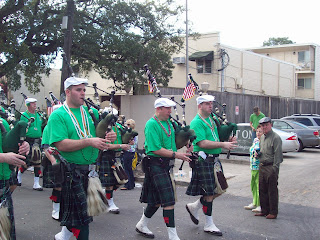 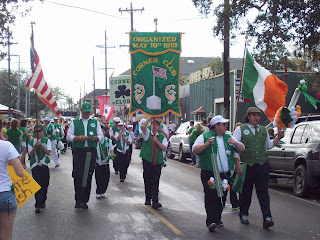 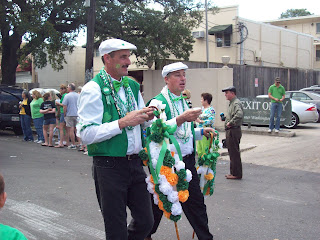 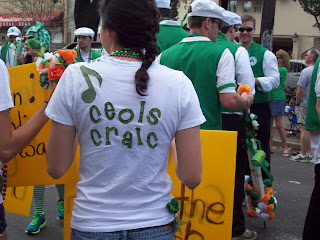 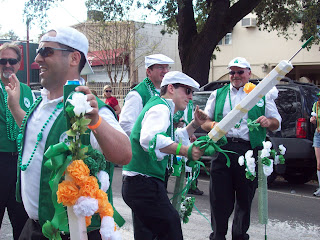 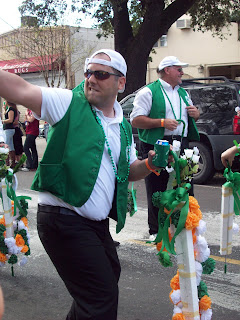 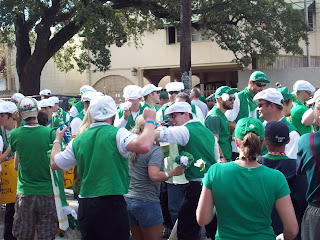 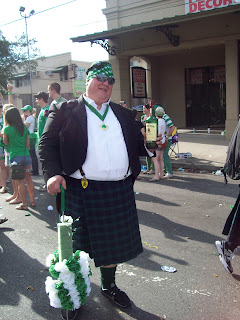 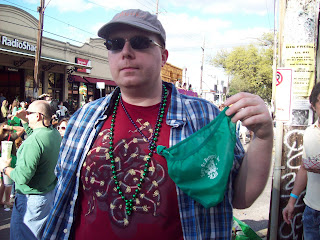 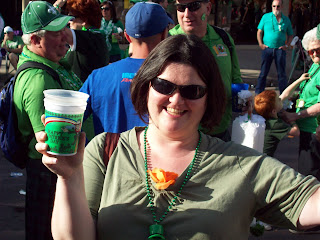 And yes, they throw cabbage. And other stuff. 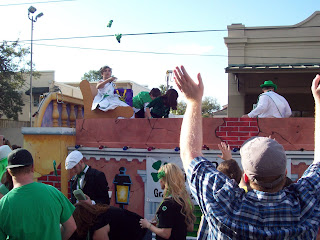 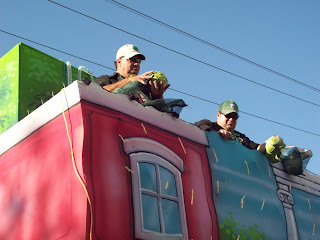 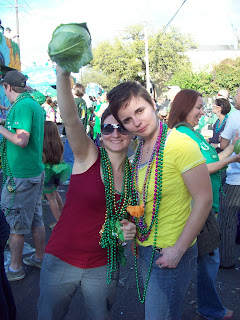 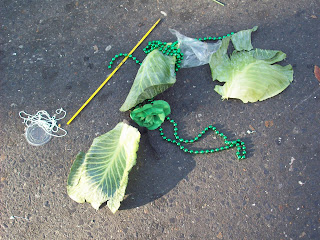 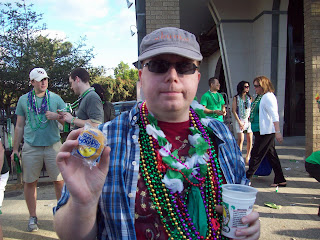 As always, a variety of costumes and colorful characters! 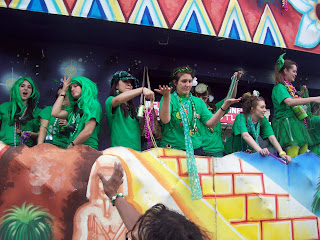 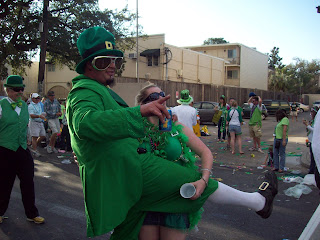 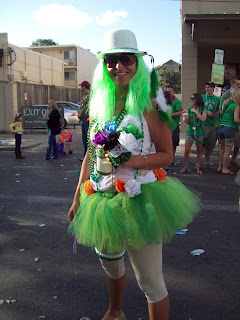 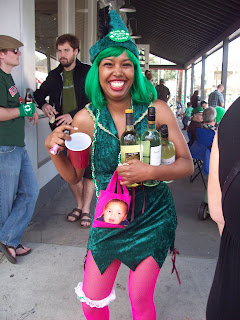 Sorry for the lack of commentary- but I think the pictures tell the story quite well! Stay tuned for Crawfish Boil with Historic Green at The Village and Super Sunday...
Posted by Nora at 10:18 PM