Second Line, second to none 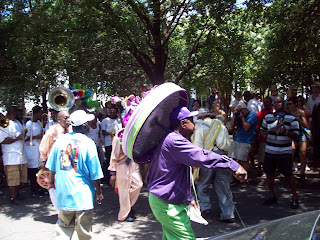 Sadly, I was too excited to double check that I was in fact videotaping the parade with my camera- but I suspect that it wouldn't have really captured the unfettered joy and music and dancing and sweat (and sunshine, puppydogs, rainbows and unicorns) of the parade. I guess if you've seen Treme (I have not, BTW) you understand what the what is with the second line.

It's just awesome. People are dancing in the street, the bass bands are playing, various social clubs are dancing, it's loud and hot and everyone is smiling and happy as hell.

Tom dropped me off at the corner of North Rampart and Gov. Nicholls so I could walk a block up to St. Augustine on St. Claude Street. 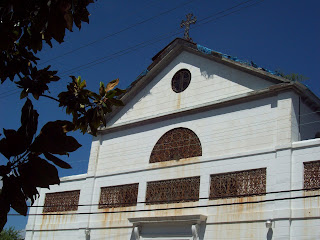 There was a Jazz Mass going on at St. A's and the plan was that when Mass was over at 11:30am, then the second line would begin. I got there early, about 10:45am. Folks were gathering, chatting, waiting. 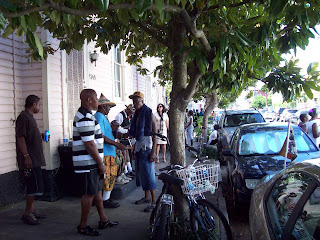 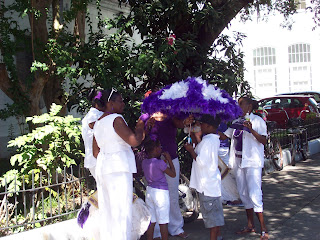 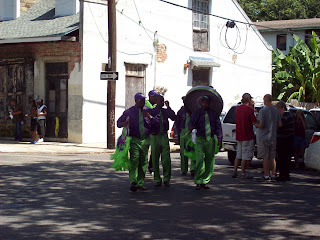 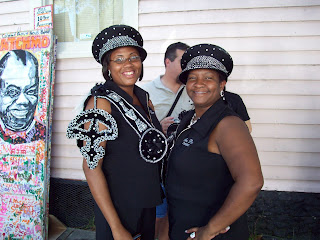 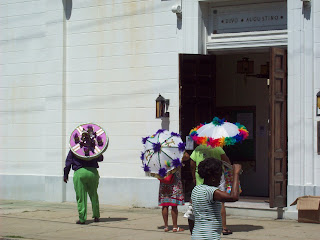 The crowd built up the closer we got to 11:30- of course, it being New Orleans, things didn't get a move on till almost noon. 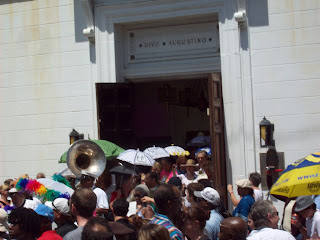 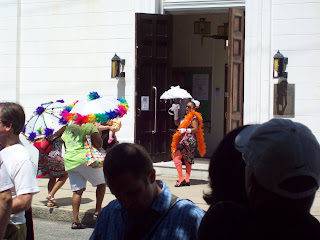 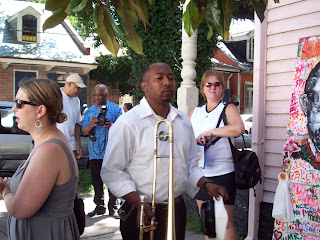 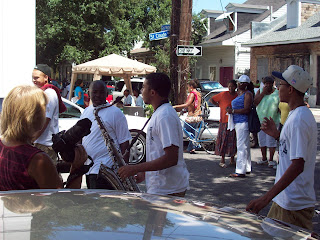 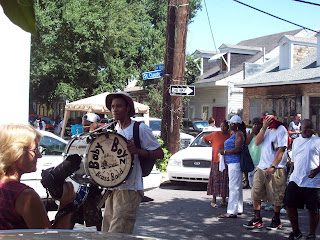 There were three different sections, and we all danced down Gov. Nicholls, to North Rampart, and then down Esplanade: 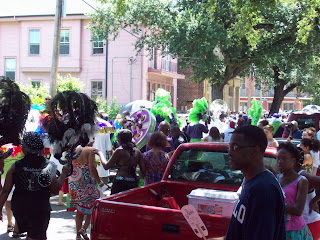 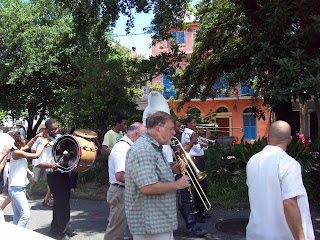 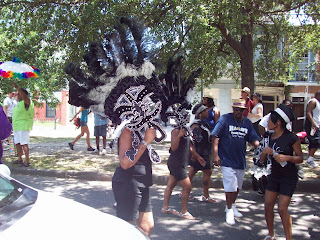 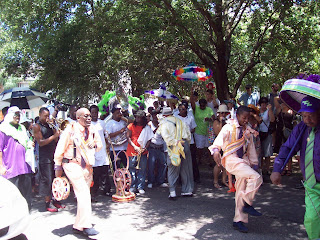 On the way down Esplanade, I ducked into Port of Call and got myself a Red Turtle cocktail to go. Kept dancing down the street and Tom tapped me on the shoulder and we walked together down the rest of the way to the end of the second line.
Posted by Nora at 3:53 PM