Yesterday we left the city limits to visit with our friends who were up for the holiday weekend from Austin. Justin's family lives in Walker and we were invited to go north to enjoy the southern hospitality of his grandparents and cousins. 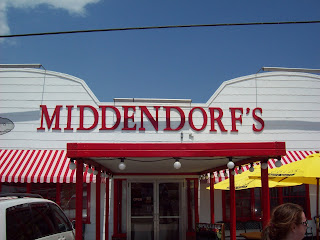 We met up with Liza and Justin at Middendorf's in Akers- it's right on the water, where the two lakes (Maurepas and Pontchartrain) come together. There's a dock in back so that folks can drive up in their boats. 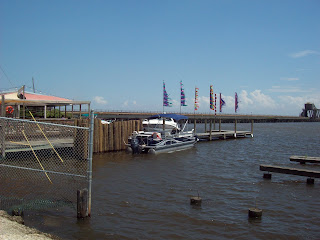 I had the Italian salad and their famous thin fried catfish plate- came with cole slaw, french fries, and hushpuppies. Tom had a cup of their shrimp and crab gumbo and their catfish po'boy. Unsweetened iced tea and water for us both- we were definitely feeling the effects of the night before. However, a little fried food and lots of laughing with old friends cured that up right quick.

After lunch, we went up to Denham Springs to hit the Beef Jerky Outlet Store, due to Tom's enduring love of all things jerky. Then across the way to the Bass Pro Shop, which is, not to be to hyperbolic, THE BEST STORE EVER IN THE HISTORY OF AWESOME! 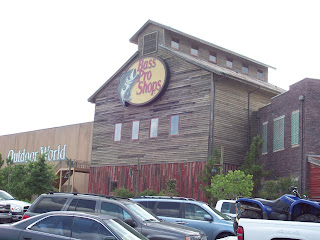 It has an indoor fish pond! With turtles! 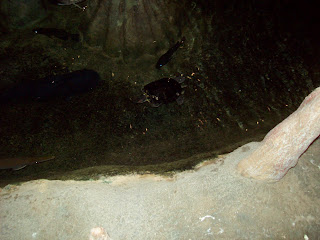 Also, it has quite an extensive hunting department- this picture doesn't do the entrance justice. 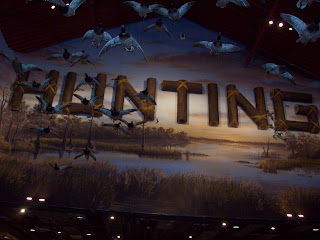 I looked at the guns and the kayaks and the telescopes and the fishies and the toy shooting ranges and the candy and ALL THE AWESOME. Including fish mailboxes! 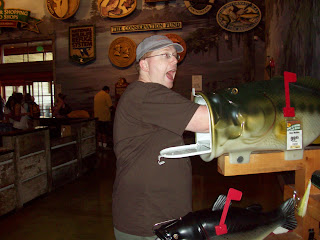 So after that excitement, we drive over to Walker to hang out with Justin's family, their new dachshund puppy (who was all, OMG EVERYTHING!!) and ate amazing brisket BBQ, homemade coleslaw, a blueberry layered awesome thing, and yellow watermelon! 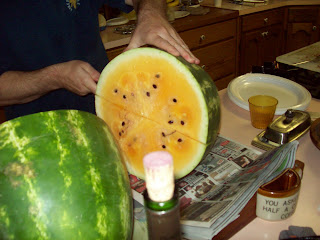 After watermelon, we said goodbye to the folks who had shown us such solicitous care and hospitality. We were invited back any time we were in the area. They sent us off with some tomatoes from their (considerable) garden.