Thursday night in the Bywater

So last night we went to a BBQ place called The Joint and then went to see Kermit Ruffins at Vaughn's. He's been playing there every Thursday for the past 17 years- it's like a New Orleans institution. 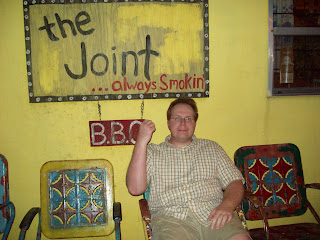 First, dinner at The Joint. We'd been wanting to check this place out for a while. New Orleans is not known for its BBQ in general, regardless of its Southern location, but that doesn't mean it can't be obtained with delicious results! They had just run out of ribs when we got there, sadly, although that means we have a good excuse to return. They looked gooooood. In lieu of the ribs, Tom had a pulled pork sandwich with a mac & cheese side and I had a quarter chicken (dark meat) and their house smoked chaurice sausage with a side of potato salad. With a couple cold Abita beers in hand we sat outside in the courtyard on a steamy night, next to the house smoker. 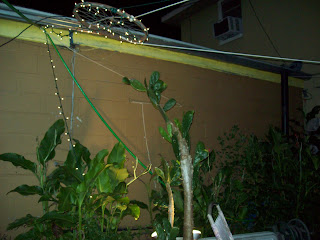 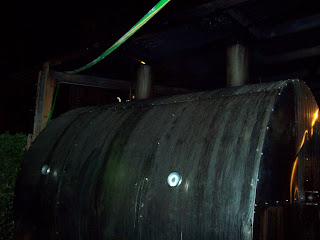 Our food was delivered to our table and we dug in- poured the BBQ sauce over the pork and the chicken with gusto, scooped up pieces of potato, pasta, and egg from our side dishes, swished the sausage in the creole mustard, ate up the sour pickles, and washed it down with beer and iced tea in the sticky summer night.

After we patted our bellies and wiped off our hands and mouths, we strolled down the block to Vaughn's Lounge, paid our cover and made our way up to the bar. The place was packed with white kids and the spot in front of the band was mobbed, bur we snaked our way in the middle of the throng. The band started. 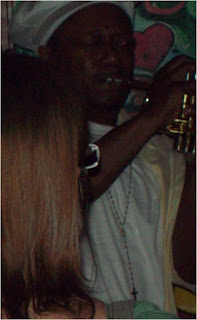 (apologize for the crap quality of the photo)

"All Aboard!" Kermit bellowed before launching into his set. I danced along to "Ain't Misbehaving," "I Can't Give You Anything But Love," and other songs I didn't know. Tom mostly let me lean up against him and would put his arms around me.

Almost immediately upon arriving at Vaughn's (hell, at The Joint) sweat was pouring out of every single pore of my body. But it wasn't like an oppressive thing, like those humid nights are in New England. It was more like the heat and humidity was hugging my body and I reveled in it. 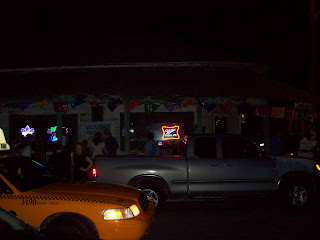 We wandered to the back room and watched a few minutes of Game 7 and then outside where folks were catching a breath of fresh humid air and chatting and laughing. You can hear the music no matter where you are, it follows you everywhere.
Posted by Nora at 10:07 AM