So, since I didn't drive Tom to work, I decided to have a couple beers at the local, Parasols. 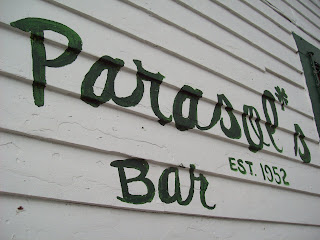 When I first stepped outside, it was raining, but not too hard. It was the kind of rain that still required me to wear my sunglasses. As I walked, I'd feel the steam coming off the pavement as the rain hit it. I got wet as well, but by the time I got to the bar, the rain had stopped and my clothes were already drying.

The place was way more crowded than I thought it would be at not quite 4pm on a Monday afternoon, but I scored a seat at the far end of the bar near the jukebox. I ordered a Guinness and I just sat and watched and listened for a while. Apparently it is the custom to watch "Cash Cab" there in the afternoon, so that was unexpectedly awesome. 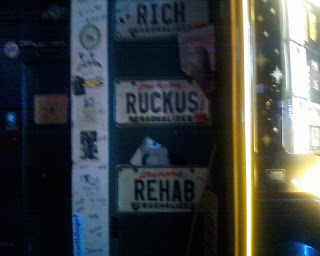 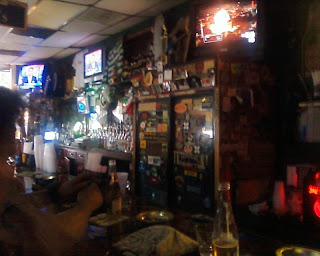 New York Pete showed up and sat next to me, and introduced himself. He was very nice and funny, and the bartender came over and introduced herself and they asked about my story. I obliged, told them about moving here, what corner I lived on, and where I moved from. Then I more or less shut up, listened to the conversation taking place, added a joke or comment every once in a while, and laughed A LOT.

I drank a couple Abita Ambers and enjoyed myself thoroughly. I need to get back there soon to capitalize on my auspicious beginning there. Maybe lunch and a beer tomorrow.

As I left Parasol's, I heard some serious thunder rumbling. I stopped at the house across the street to ask the gentleman (Mr. Joseph) how his daughter was doing- she's at home. We chatted for a while until a scary ass thundering sent me inside.

It poured and thundered and lightninged and shook for about 20 minutes, and now, it seems to be letting up. Ah, New Orleans.
Posted by Nora at 5:48 PM